Quick thank you to all those who came along to Xenomorph’s New York Holiday Party at the Classic Car Club. Below is an extract from talk given by Paul Rowady of the Tabb at the event, followed by my effort and some photographs from the event.

There Is No Such Thing as Alpha Generation

The change in perspective caused by a subtle change in language can galvanize your approach to data, the tools you select, and even the organizational culture. That said, ‘alpha generation’ is a myth; there is only alpha discovery and capture.

The big data era is here and will only become the bigger data era. What we need is a new perspective. But fostering such a new perspective may be as subtle as performing a little linguistic jujitsu.

Our business – trading and investment in capital and commodity markets around the globe – has a history of being cavalier or too casual about language; particularly how certain labels, terms or vernacular are used to describe the business and the markets. Some of this language is intentional – the use of certain terminology creates mystique, fosters mythology, manufactures a sense of complexity that only a select group of savants can tame — particularly when it comes to activities around quantitative methods. And some of it is just plain laziness, stretching the use of labels far beyond their original meaning on the idea that these terms are close enough.

I have become increasingly sensitive to this phenomenon over the years. Call it an insatiable need to simplify complexity, bring order to chaos, to enhance a level of accuracy and precision in how we describe what we do and how we do it. I find that precision of language does impact how complex technical topics are communicated, understood and absorbed. It turns out, language
impacts perspective – and perspective impacts strategy and tactics. 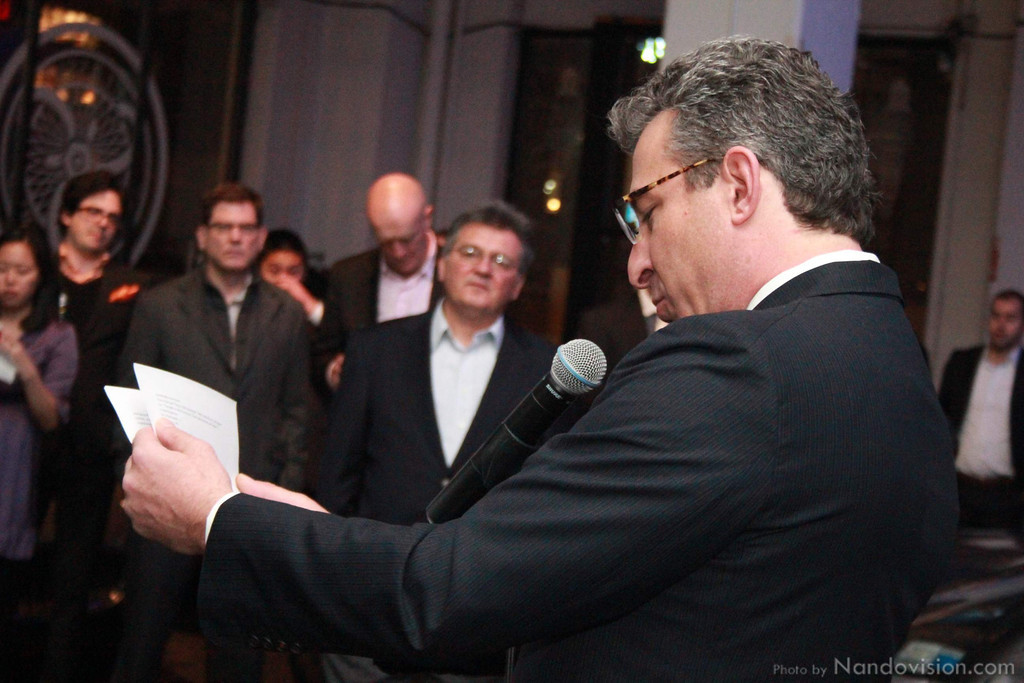 Paul in full speech mode at the Classic Car Club

Big thanks to Paul for the above talk. Here’s is my follow-up:

Thanks Paul for a great talk, certainly I agree that people, process, technology and data are key to the future success of financial markets. In particular, I think attitudes towards data must change if we are to meet the coming challenges over the next few years. For example, in my view data in financial markets is analogous to water:

The problem of siloed data and data integration remains, but this is as much a political as opposed to purely technical problem. People need to share data more, and I wonder (I hope) that as the “social network” generation come through that attitudes will improve, but I guess this will also add different pressures to data aggregators as people are less hung up about sharing information. The focus needs to be on the data that business folks need, and should be less about the type of the data or the technical means by which it is captured, stored and distributed – for sure these are important aspects, but we need involve more people in realizing this cult of data.

And just as Paul has issues with the over-use of “Alpha”, I promise this will be the only time this evening I will mention “Big Data” but today I heard the best description so far of what big data is all about, which is  “Big data is like watching the planet develop a nervous system”. Data is fundamental to all of our lives and we are living through some very interesting times in terms of how much data is becoming available and how we make sense of it.

So, a change of tack. When moving to the New York area a few years back, one of my fellow Brits said that you will find the Americans a lot friendlier than the English, but don’t talk to them about politics or religion. So rules are meant to broken, and religion aside I thought I would briefly have to mention the recent election as one of the big differences between the UK and
the USA.

Firstly, wow you guys know how to have long elections. I think the French get theirs done in two weeks but even the Brits do it in a month. A few things struck me from the election: I don’t know whether the Democratic Party is generally supportive of legalizing drugs, but I think we can be certain that President Obama spent some time in the states of Colorado and Washington prior
to the first debate.

And I hear from the New Yorker that the Republicans are trying a radical new approach to broaden the demographic of the supporter base, apparently to make it inclusive of people who have strong believers in “maths and science”.

Moving on from a light-hearted look at elections but sticking with the government theme, the regulation is obviously very high profile at the moment. To some degree this is understandable as financial markets have been doing a great job of keeping a low profile with:

All these occurred in 2012, when it seems that the dust had barely settled over MF Global and UBS. So it is possible to understand the reaction of people and politicians to what has gone on and the need for more stable capital markets, but my biggest concern is that there is simply too much regulation, and complex systems with complex rules is a great breeding ground for the law of unintended consequences. To illustrate how over time we humans, and in particular governments, seem to be regressing in terms of using more words to describe ever more complex behaviours I found the following list online:

Dodd-Frank is about 2,300 pages, which apparently is going to spawn some 30,000 pages of rules – that is enormous. Listening to a regulator speak last week, he said  the regulators had about 10,000 pages done, 10,000 in progress and 10,000 not even started yet. Worse than this, he added that regulators were not trying to shape the financial markets of the future but rather dealing only with the current issues. Regulators should take their lead from quantum physics in my view, as soon as you observe something it is changed. Financial markets are complex, and making them even more complex through overlaying complex rules is not going to result in the stability that we all desire.

Anyway, thanks for coming along this evening and I hope you have a great time. Quick thank you to our clients and partners without whom we would not exist. Thanks to the hard work our staff put in over the year, but in particular thanks to Naj and Xenomorph’s NYC team for organizing this evenings event.

Some photographs from the event below. Big thanks to NandoVision for some of the images: 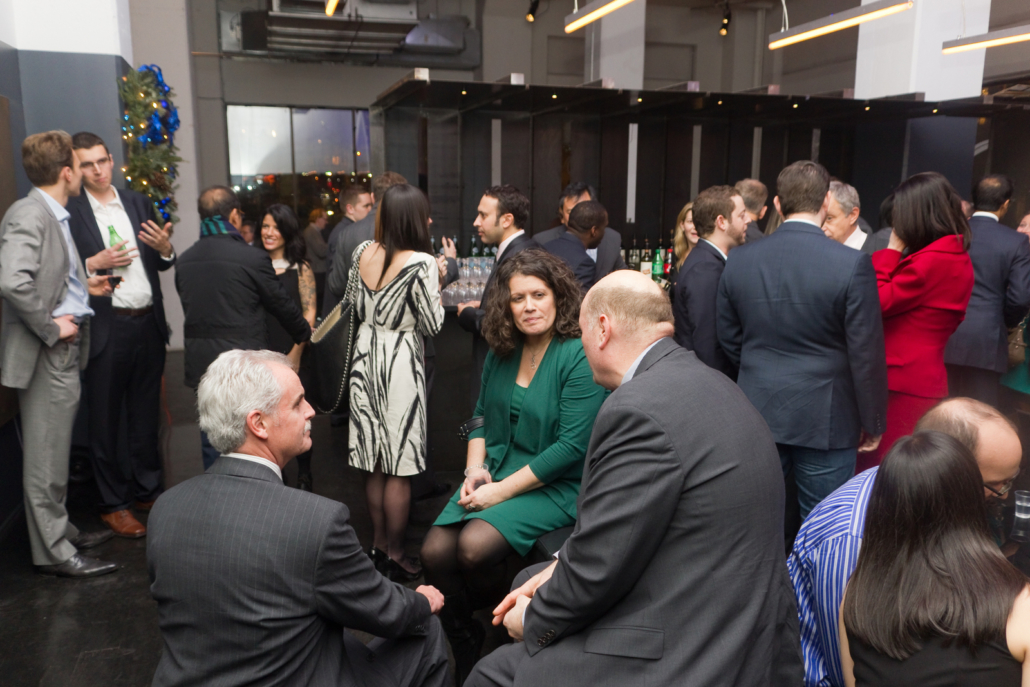 Clients, partners and staff catch up over a drink or three 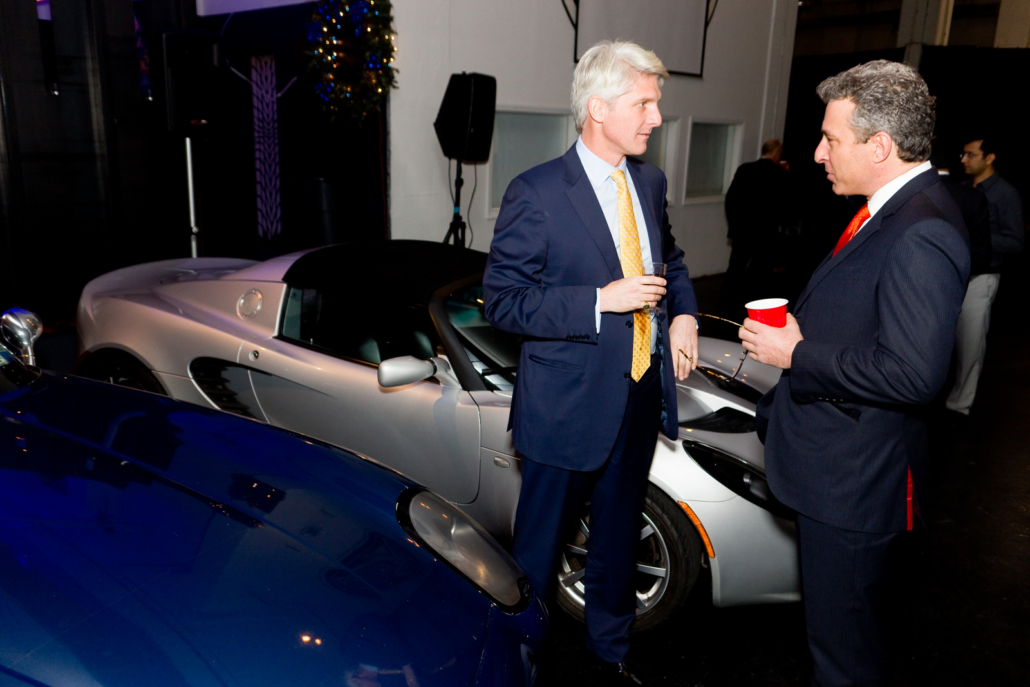 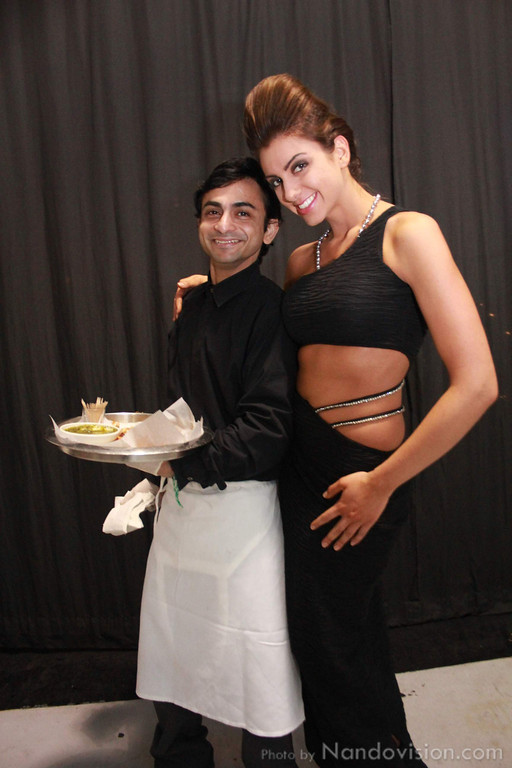 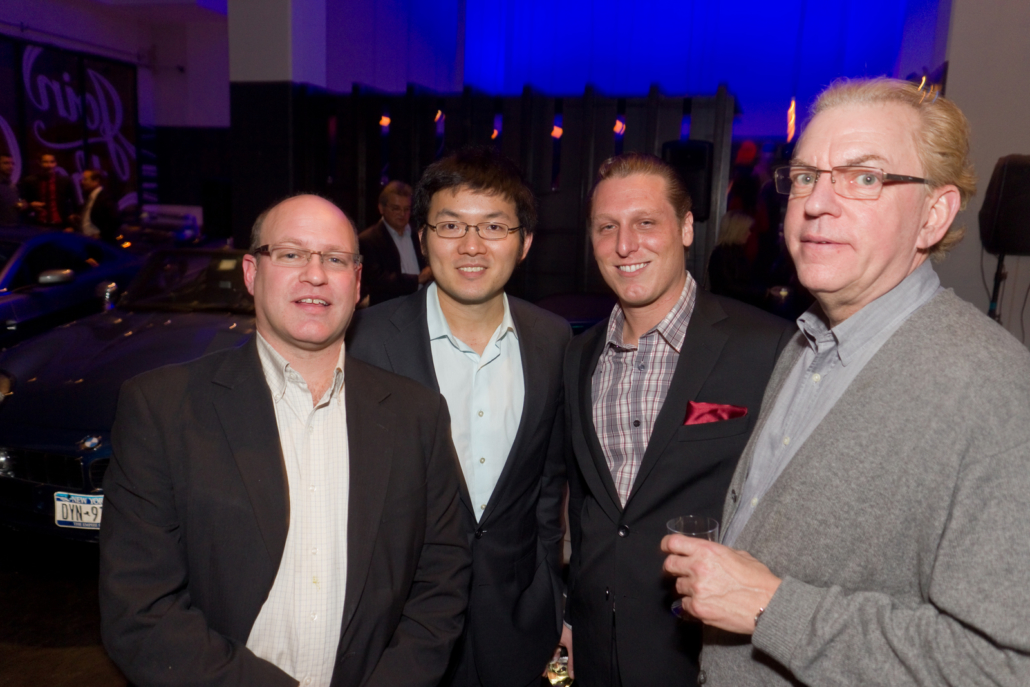 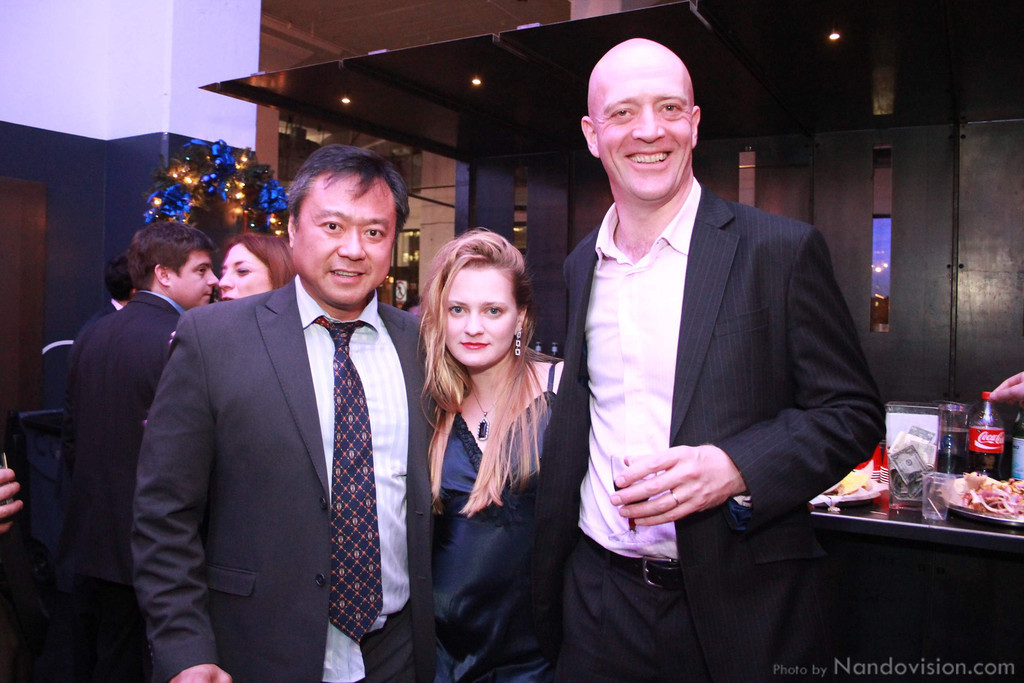 Cass Almendral, Hillary Flowers and Brian later at the bar 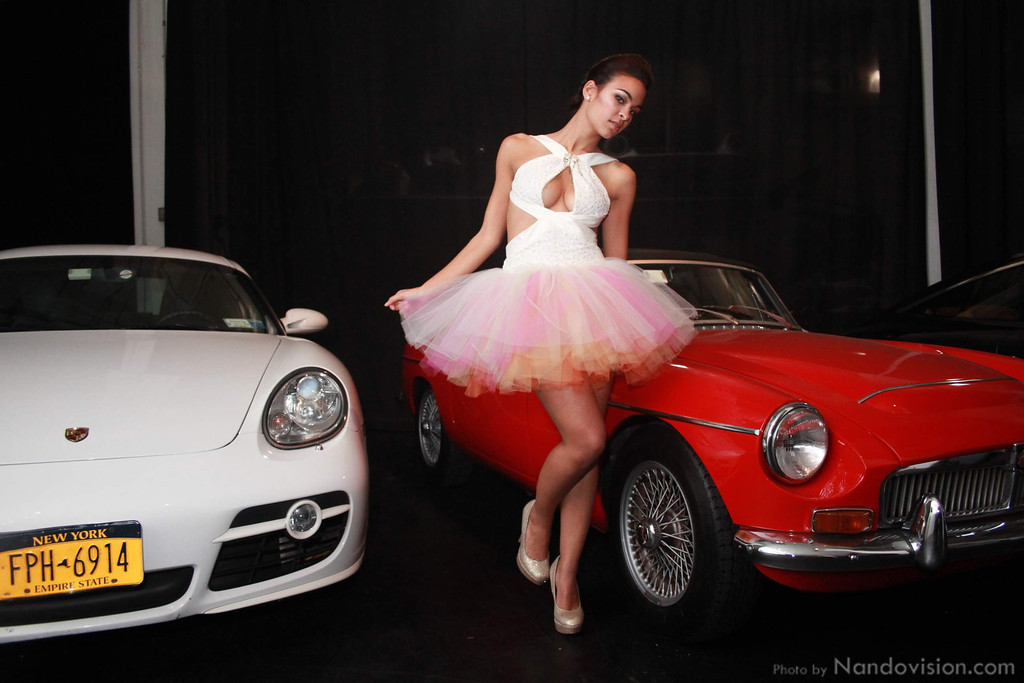 Not sure how this ballet-themed dress works in a convertible? 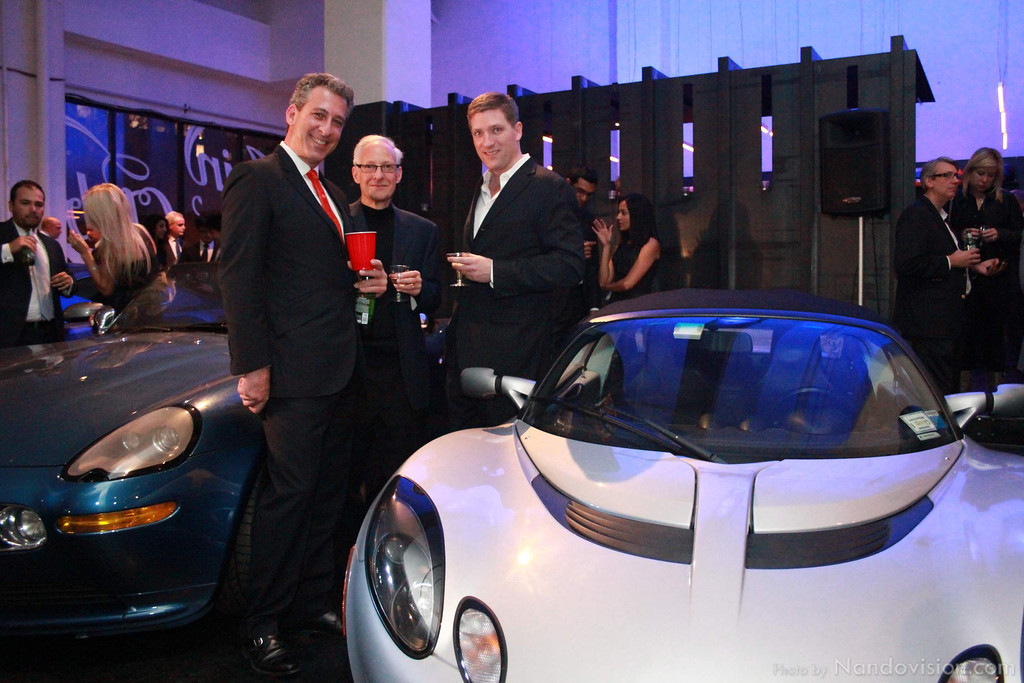 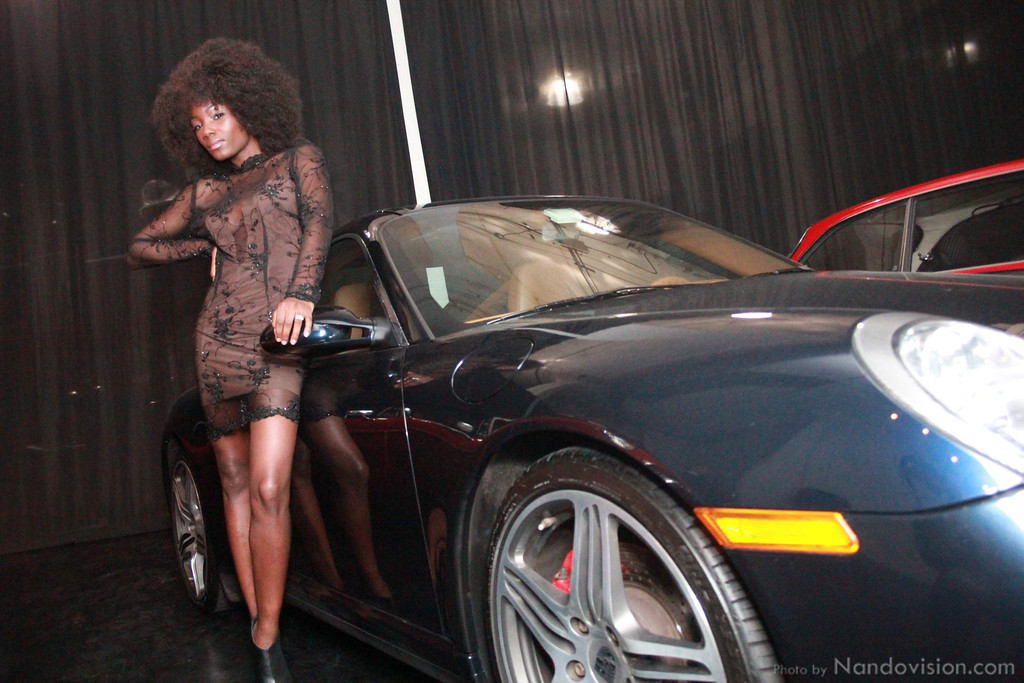 A far more practical outfit for this Porsche 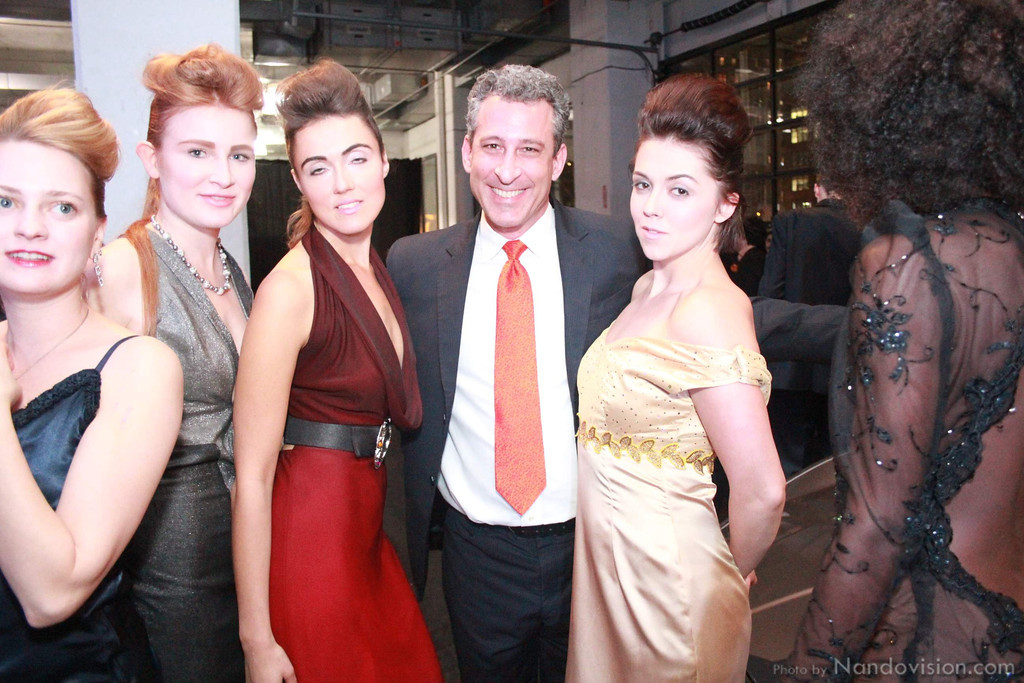 Thanks again to all involved in putting the party together and for everyone who came along on the night. If I don’t get round to another post over the Holiday Season, then best wishes for a fantastic break and a great start to 2013.