Data visualisation has always been an interesting subject in financial markets, one that seems to always have been talked about about as the next big thing in finance, but one that always seems to fail to meet expectations (of visualisation software vendors mostly…). I went along to an event put on by the FT today about what they term “infographics“, set in the Vanderbilt Hall at Grand Central Station New York: 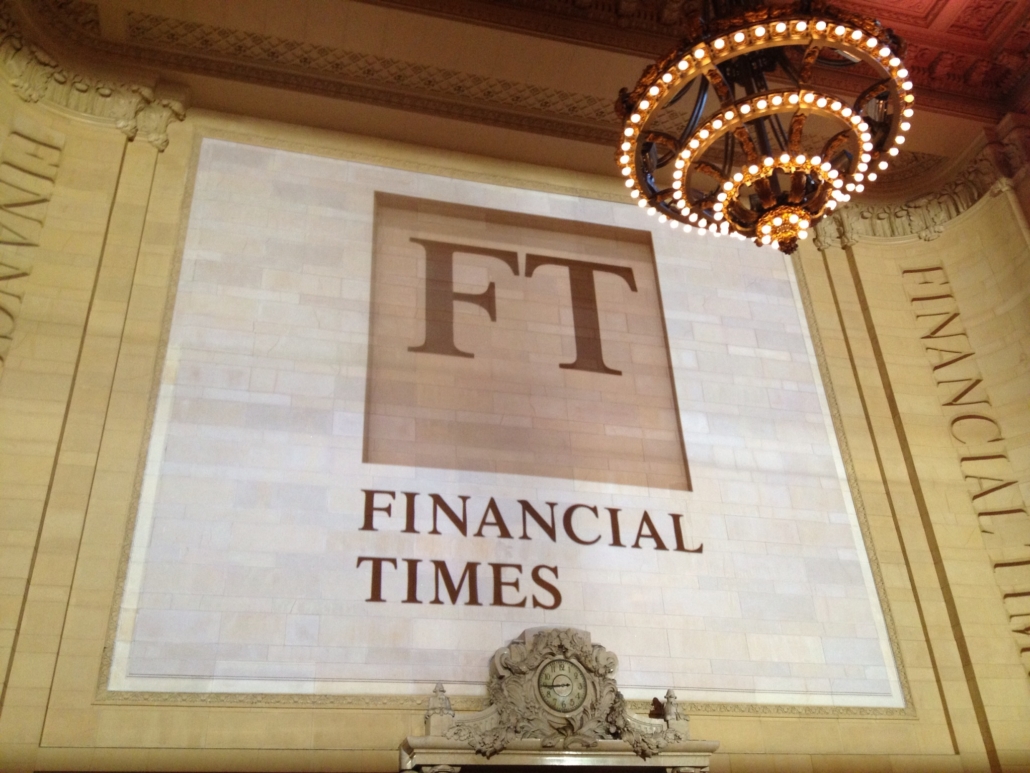 One of my first experiences of data visualisation was showing a partner company, Visual Numerix (VNI), around the Bankers Trust ‘s London trading floor in 1995. The VNI folks were talking grandly about visualising a “golden corn field of trading oportunities, with the wind of market change forcing the blades of corn to change in size and orientation” – whilst maybe they had been under the influence of illegal substances when dreaming up this description, their disappointment was palpable at trading screen after trading screen full of spreadsheets containing “numbers”. Sure there was some charting being used, but mostly and understandably the traders were very focussed on the numbers of the deal that they were about to do (or had just done).

I guess this theme ultimately continues today to a large extent, although given the (media hyped) “explosion of data”, visualisation is a useful technique for filtering down a large (er, can I use the word “big”?) data problem to get at the data you really want to work with (quick plug – the next version of our TimeScape product includes graphical heatmaps for looking for data exceptions, statistical anomolies and trading opportunities, which confirms Xenomorph buys into at least this aspect of the “filtering” benefits of visualisation).

Coming back to the presentation, Gillian Tett of the FT said at the event today that “infographics” is cutting edge technology – not sure I would agree although given the location some of the images were very good, like this one representing the stock pile of cash that major corporations have been hoarding (i.e. not spending) over recent years: 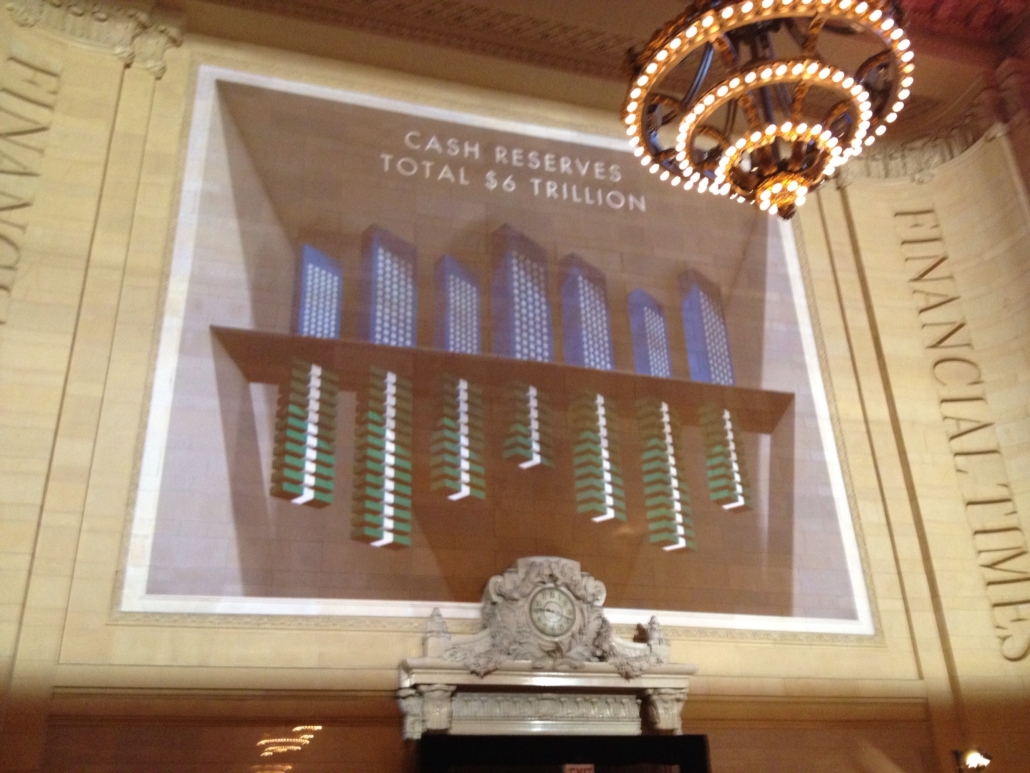 There was also some “interactive” aspects to the display where by stepping on part of the hall floor changed the graphic displayed. Biggest problem the FT had with this was persuading anyone to step into the middle of the floor to use it (more of an English reaction to such a request, so the reticience from New Yorker’s surprised me):

Videos from the presentation can be found at http://ftgraphicworld.ft.com/ and the journalist involved, David McCandless is worth a listen to for the different ways he looks at data both on the FT site but also in a TED presentation.